Do you know about the Brazilian choro? Choro, or chorinho, is an instrumental Brazilian popular music genre which originated in 19th century Rio de Janeiro. Despite its name, the music often has a fast and happy rhythm. It is characterized by virtuosity, improvisation and subtle modulations, and is full of syncopation and counterpoint. It’s like super-fueled and super fun Arban characteristic studies on crack!

Another Pixinguinha chorinho called “Segura Ele” played by Banda Mantiqueira. Check out the lines they play and the solos are incredible! The 2 minute trombone solo is awesome. Download the Chorinho Fakebook below to see “Segura Ele”.

If that doesn’t blow you away, the trumpeters and choro players in general, memorize these lengthy songs and play them for fun while sitting around the table drinking beers. Are you kidding me?!

Choro is very much like complicated dixieland music from New Orleans. They are made up of intricate melodies, lengthy compositions and require great technique in order to play with the ease and fun, relaxed manner in which Brazilians do. Structurally it is the Brazilian music that is closest to European classical music (it borrows the form of the Chopin waltz and the counterpoint of the high Baroque period), yet retains a personality that is all Brazilian. Within its exacting structure, choro is known for the large leaps in its melody and its dizzying speeds, surprising changes of harmony and improvised sound. This is extremely virtuosic music that is played to sound very natural and spontaneous. 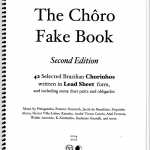 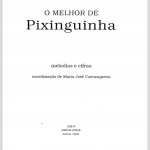 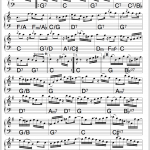 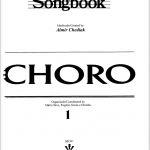