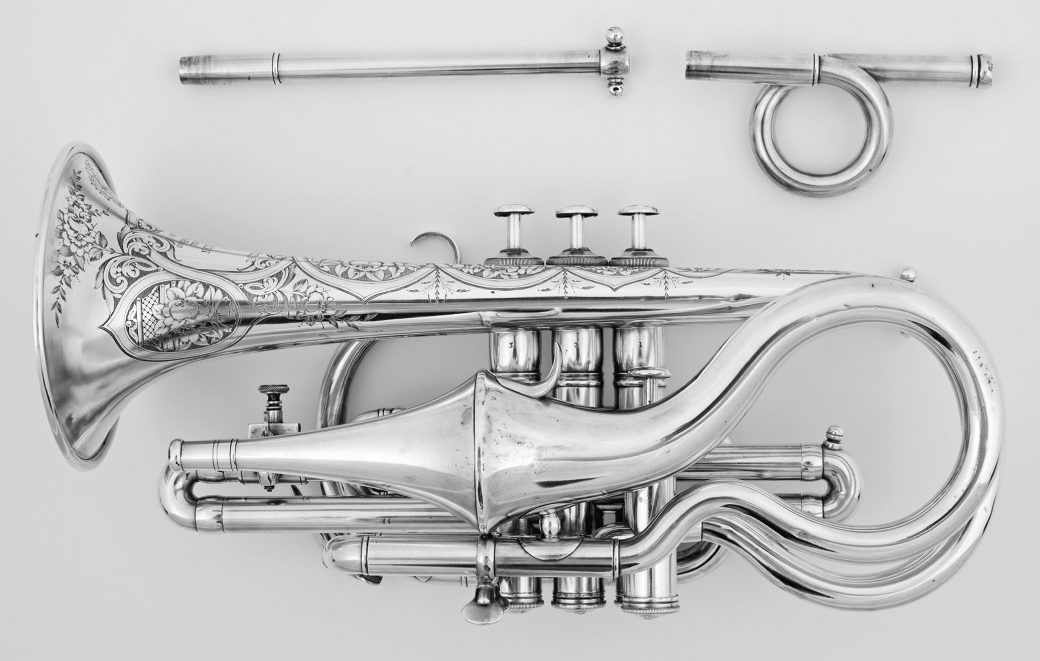 Ever wonder how a trumpet is made? From factory made horns to handcrafted efforts, building a trumpet takes immense skill and technology.

Trumpet-like instruments have historically been used as signaling devices in battle or hunting, with examples dating back to at least 1500 BC; they began to be used as musical instruments only in the late 14th or early 15th century. The earliest trumpets date back to 1500 BC and earlier.

The bronze and silver trumpets from Tutankhamun’s grave in Egypt, bronze lurs from Scandinavia, and metal trumpets from China date back to this period.[6] Trumpets from the Oxus civilization (3rd millennium BC) of Central Asia have decorated swellings in the middle, yet are made out of one sheet of metal, which is considered a technical wonder.

Improvements to instrument design and metal making in the late Middle Ages and Renaissance led to an increased usefulness of the trumpet as a musical instrument. The natural trumpets of this era consisted of a single coiled tube without valves and therefore could only produce the notes of a single overtone series. Changing keys required the player to change crooks of the instrument.

Modern trumpets have three (or, infrequently, four) piston valves, each of which increases the length of tubing when engaged, thereby lowering the pitch. The first valve lowers the instrument’s pitch by a whole step (two semitones), the second valve by a half step (one semitone), and the third valve by one and a half steps (three semitones). When a fourth valve is present, as with some piccolo trumpets, it usually lowers the pitch a perfect fourth (five semitones). Used singly and in combination these valves make the instrument fully chromatic, i.e., able to play all twelve pitches of classical music.

Enough of the history and basic technical lesson, let’s witness some the top trumpet makers create their beautiful horns that we all love to play.

Let us know if you have other interesting videos we should share!
http://arbanmethod.com/contact/